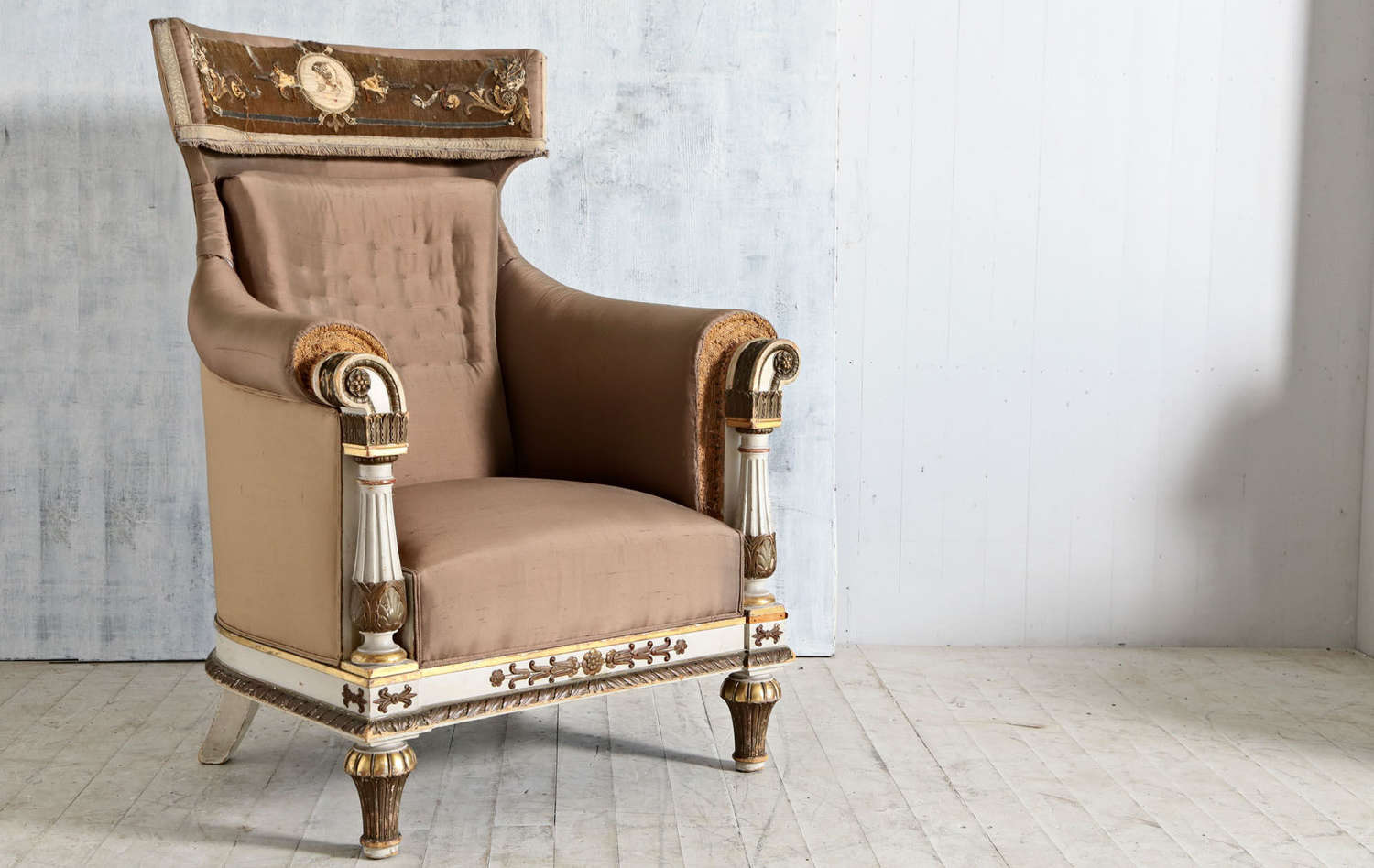 An early 19th century Italian  poets armchair which belonged to

He was an Italian poet, journalist,  novelist, dramatist, and daredevil.

and his status as the forerunner to Benito Mussolini

The chair contains the original tapestry with later upholstery