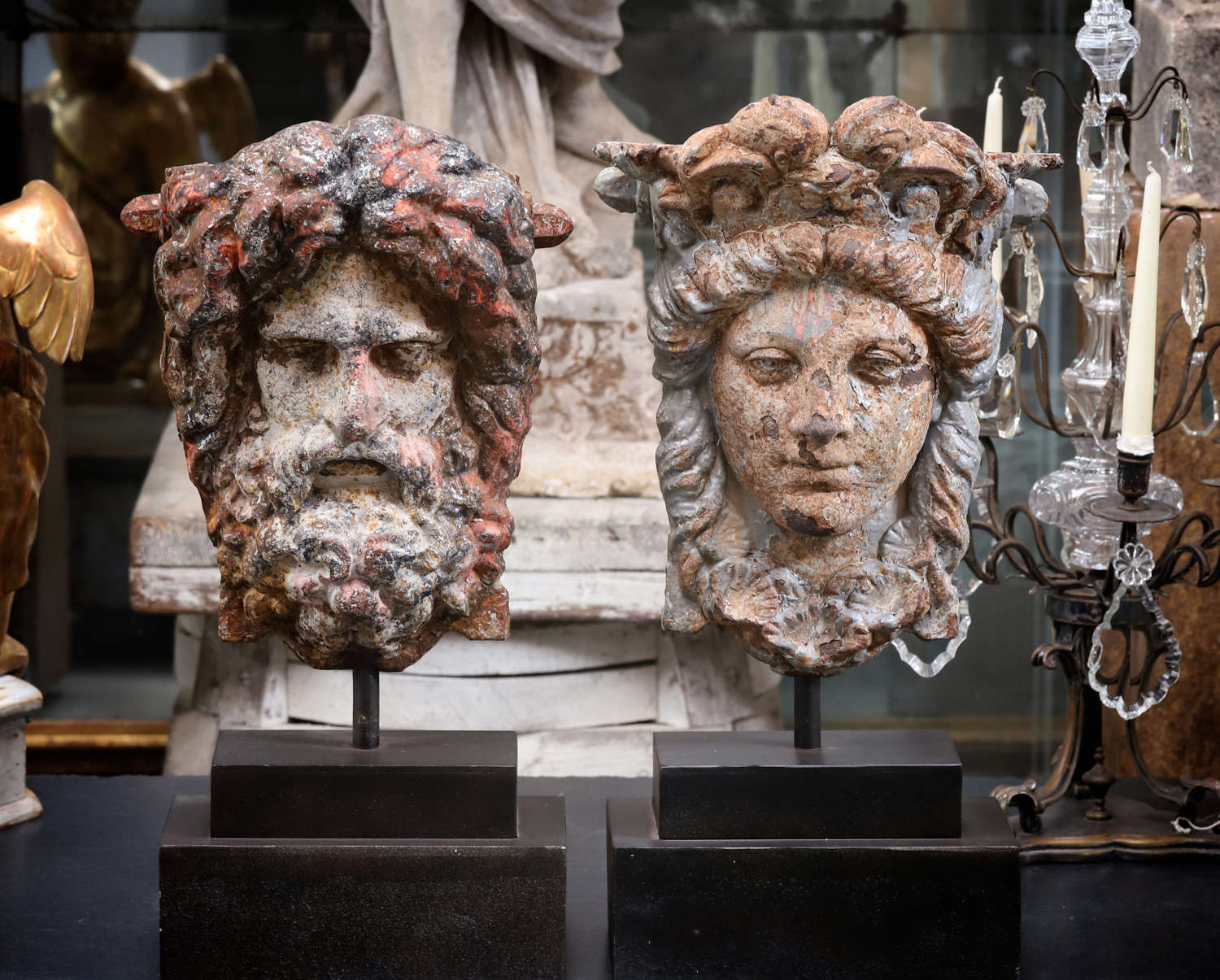 most of which was lost in a fire. The faces both have the original  scraped back paint and have been mounted on custom made plinths