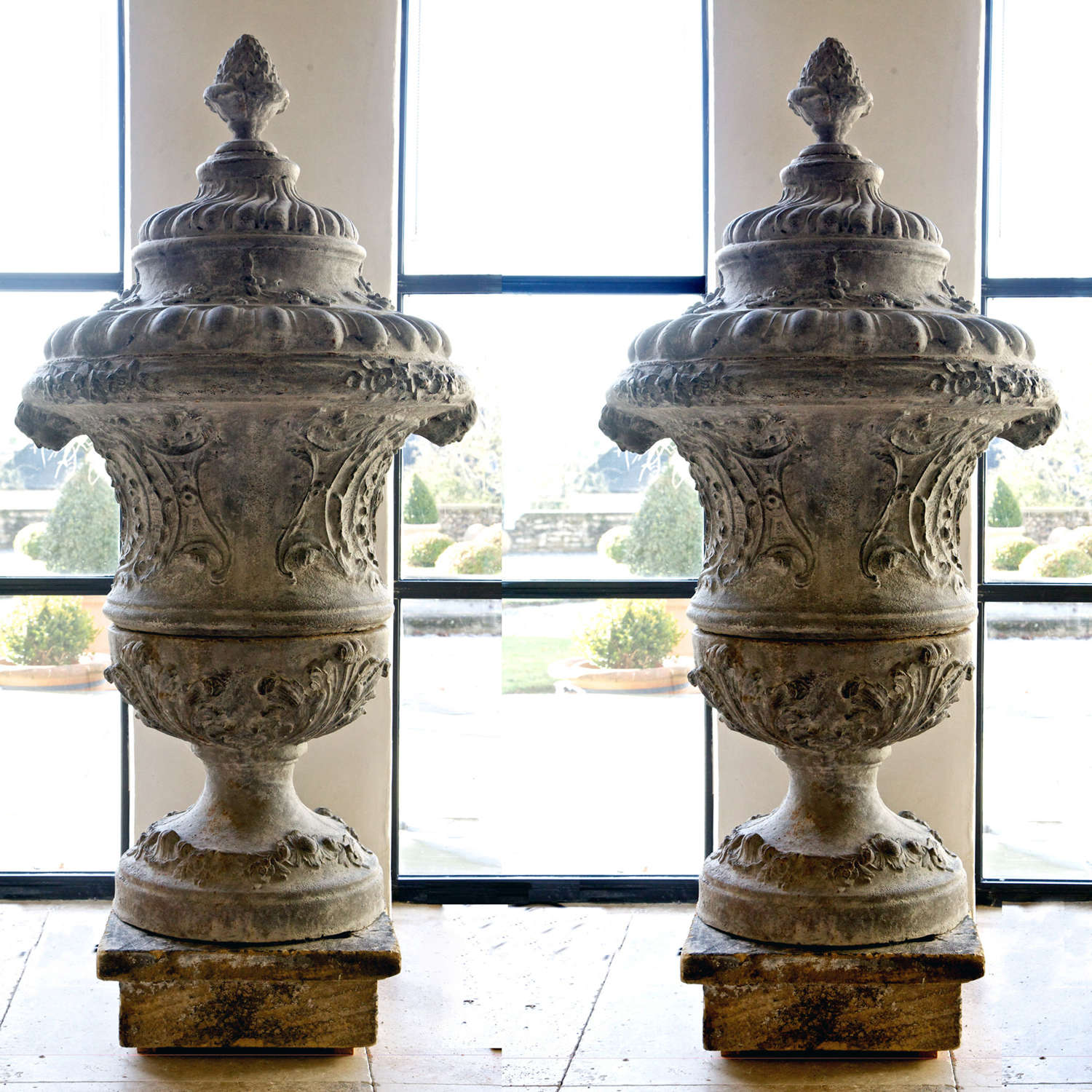 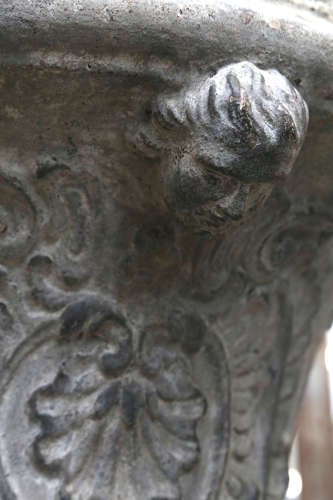 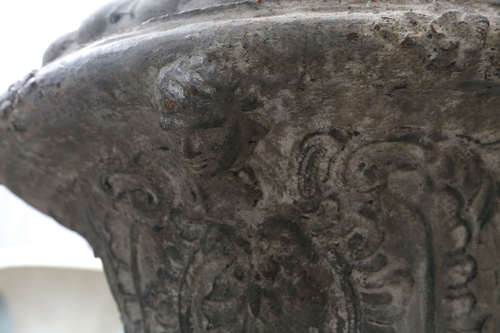 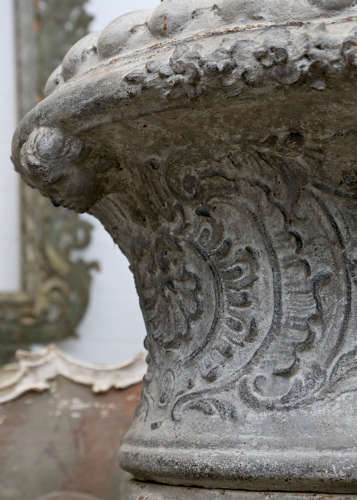 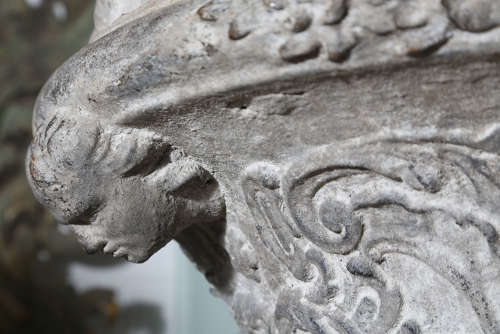 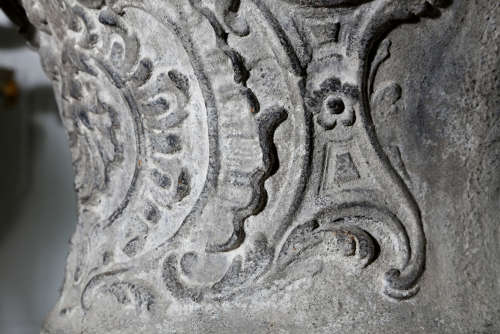 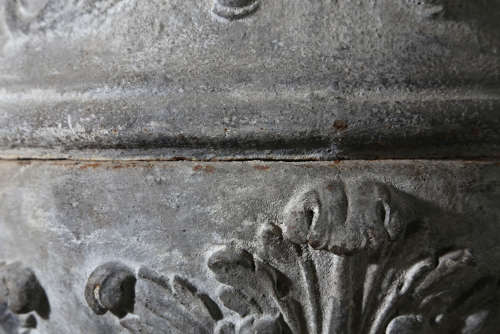 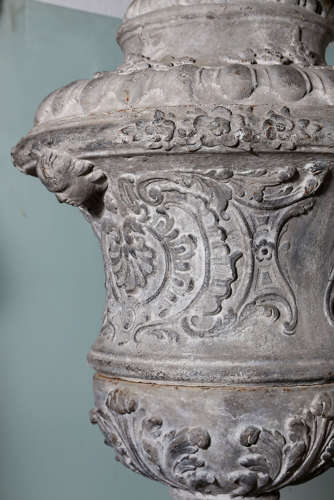 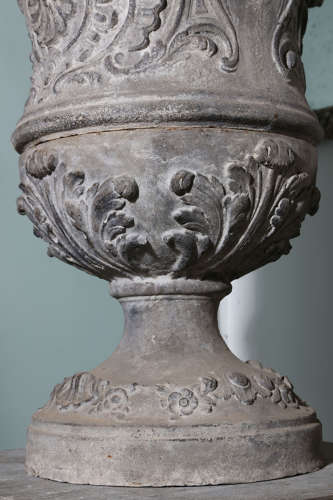 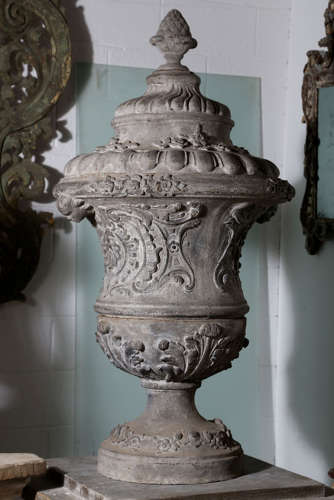 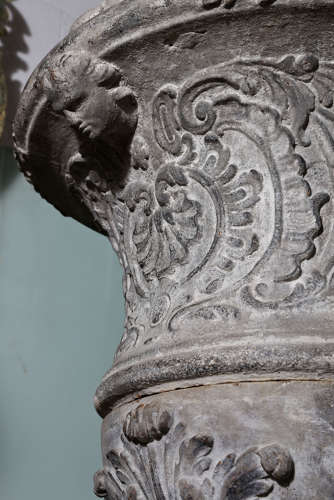 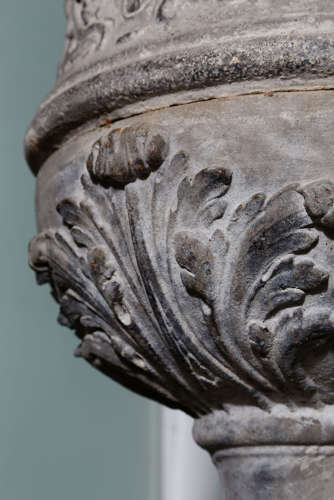 Pair of very rare 18th century Louis XVI cast iron urns designed by Louis for use in Versailles but gifted to the Rohan Cardinal who was a great friend. The urns would have been used in the garden design of the Rohan Castle at Savernes in Alsace. The castle was built in 1760. Only 8 urns had been produced 4 with heads and 4 without. There are two  outside Versailles one in the Savernes museum and these two exsist today.The cast workshop in which these were produced was the one that worked for Versailles.The history we have is based on an inventory taken by the revolutionary soldiers who invaded the Chateau at Saverne in1789 or later.The construction of the Chateau wasn't even finished and it was only completed under Napolean III's reign,so after 1850.Nothing was done between 1789 and 1850 or later and the vases had been cast before the revolution according to the inventory